#26 Do a Devotional Book 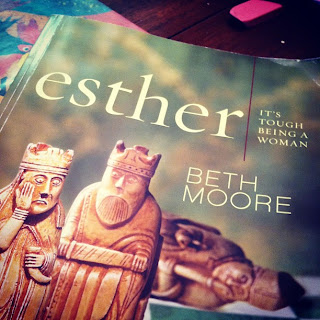 One of my best friends in the world, RG, lives 3 hours away from me.  We met in Arizona while at Holy Yoga training and were delighted to learn that we were both East Coast gals.  Living three hours apart has allowed us to see each other a few times a year, which is great.  But we talk on the phone almost every day, so much so that I sometimes don't realize that we haven't actually seen each other face to face for months. :)

Part of what makes our friendship so special is that we share similar passions of yoga and faith.  We are able to challenge each other in our thinking on both subjects and sharpen one another (Prov. 27:17) while still encouraging each other.  It is a really beautiful thing.

This fall, we decided we wanted to be deliberate about studying scripture together.  Rather randomly (so we thought), we picked up Beth Moore's Esther study.  Now, I must confess...I pre-judged Beth Moore.  For some reason I had her pegged as a light & fluffy, cotton-candy Bible writer.  In the Christian bubble I so dislike.  Boy, was I ever wrong.  Mrs. Moore, if you ever find yourself here at Telling A Good Story for some unknown reason, I ask your forgiveness. :)

We spent the last nine weeks or so digging into the amazing stuff packed into this study.  There are 5 days of homework each week and then RG and I would have a phone discussion about what God showed us.  It has been, in a word, enlightening.  I've learned so much about God, myself, and my sweet, long-distance friend.

When I put this on my list so long ago, I didn't even know RG.  And yet God knew what He had in store for us.  I'm so grateful to Him, Beth Moore, and Verizon Wireless' unlimited minutes.  Completing this list item is a joy.  But, it is also just a beginning.  RG and I are starting Beth Moore's Daniel study next. :)

That was a really great idea.  JT & I would have so.much.fun on a girls' weekend.  And when we made our lists two years ago, it seemed like it might even be possible.  And then we both got unexpectedly pregnant again.  Then Matthew died and I went into mental torpor for about a year and Emmaline was born--healthy and wonderful--and now JT has 4 little girls under the age of 7 and is nursing and homeschooling and writing a fabulous blog over at Simplify Your Life and the reality is: we cannot go for a girls' weekend, as lovely an idea as it is.  That is, at least for now.  Someday, hopefully.

We can, however, go for pedicures and lattes on a Sunday afternoon.  And so, that is what we did yesterday afternoon.

I arranged a surprise kidnap plan with her husband and arrived with JT's favorite coffee.  I whisked her off for spa pedicures and a 2-hour respite.  It was wonderful.

JT's most recent post on Simplify Your Life was about adjusting your expectations.  She's absolutely right.  And I'm grateful that she gives me grace to take a weekend and condense it to an afternoon and still tell me she had a fabulous time.  That's the kind of lovely person JT is. 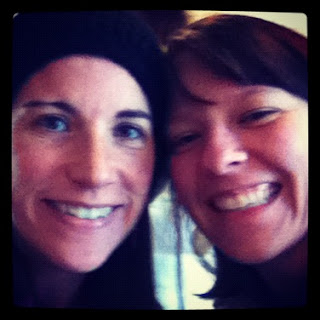 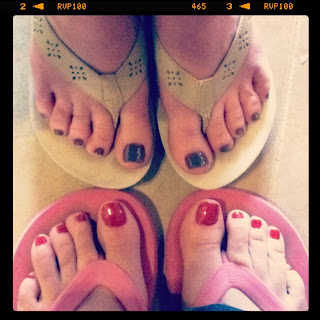 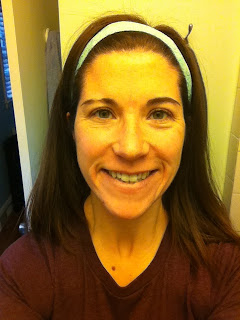 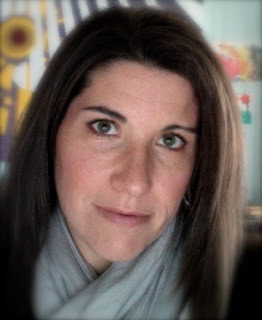 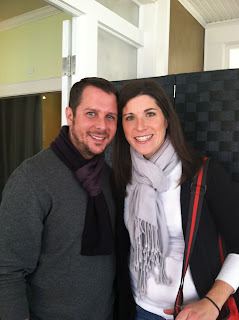 It has been kind of a sad place around my brain lately.  Sad and a little bit lonely.  See, I'm not sure that anyone is interested in listening about this any more, but I'm ready to talk about it with you, dear readers, who ever you actually are. :)

January 3rd, 2011 was Matthew's due date.  I was prepared for this time last year to be hard.  And it was, for sure, but I actually felt a little bit of relief when I wasn't constantly thinking "I'm supposed to be pregnant."  It hasn't been an easy year, watching my friends birth their healthy babies, the ones they were pregnant with while I was pregnant with Matthew, but there has also been a lot of joy with my other kids and I've had periods of deep healing.  But there have also been periods where the grief is fresh and raw and I still find myself shaking my head, wondering if this has all just been a long, terrible bad dream.  Oh, how I wish.

The pain has been really intense since about two weeks ago--when I started to realize that I could have been getting ready to celebrate "baby's first Christmas," telling him "no-no!" each time he crawled over to the tree and pulled on a strand of lights, and been finding some big box to wrap just so he could tear the paper off on Christmas morning.  My heartbreak has continued as I have thought about how I might have been planning his first birthday party, getting a little smash cake for him to mash his face in while I snapped tons of photos.

It's been especially hard because D's birthday is today...he turned 3 today, and as much as I just wanted to be present to celebrate him--he's such a great little guy--I kept having waves of sadness that it wasn't a double birthday party.  Sadness that we're not figuring out how to juggle the boys' birthdays so that they both feel special.  Unfortunately, in my brain, I'm still juggling, but it is how to hold both happy and sad in my heart at the same time.

I've been thinking a lot about how this is never going to go away.  Sure, time heals, but never completely.  I will never be the same person I was before July 30, 2010.  I will never go back to being a mom who has all her kids here.  Never.  In 29 years, on January 3rd, I will be thinking, "he could be turning 30," and mourning that he is not.

I'm not trying to be dreary.  I'm just being honest.  And it's my fear that people probably feel like "Oh, come on! I know your baby is gone, but seriously, it's time to move on!!" that keeps me quiet.  When you ask me how I'm doing, I say "good!" because I figure you don't really want to hear how much I am still struggling with this.  Maybe you don't, but the truth is, I'm still really sad.  Really, really sad.  I miss my son.